price from ‎₹Customized Package
DAY 01 – JAIPUR
Today arrive in Jaipur – The capital of Rajasthan, popularly known as the “Pink City “for its Pink sandstone buildings in the Old walled city. Jaipur owes its name, its foundation and it’s planning to the Great warrior

astronomer Maharaja Jai Singh II (1699–1744 AD). Check in to your hotel and enjoy the day at Leisure. In the evening you can visit and wander around the local markets. Jaipur is a shopper’s paradise. Most of the bazaars are located in old city with wide range of things from jewelry (precious and semi-precious stones) to textiles to handicrafts and antique. Return to Hotel Overnight at Hotel
DAY 02 – IN JAIPUR
After breakfast proceed for full day city tour of Jaipur – visiting Amer Fort located at a distance of 11 kilometers from Jaipur and was the old fort of the Kachhwaha clan of Amb

er. The fort is built with white marble and red sandstone and looks even more attractive because of its clear reflection on the lake in the front; one cannot help but wonder if it is a dream or a beautiful illusion. An elephant ride to the fort is very popular and reaches you up to the fortress. [Subject to availability/alternatively by jeep].

Later visit the City of Jaipur. Among the highlights to be seen while touring Jaipur include the City Palace, which is an overwhelming complex of exquisite palaces, gardens and courtyards, decorative art and carved doorways. The palace museum houses collections of rare manuscripts, armory, costumes, carpets and miniature paintings. Walk to the adjacent Jantar Mantar or Astronomical Observatory made by the Maharaja of Jaipur, built in 1726 and is one of the five such astronomical wonders built by Sawai Jai Singh and makes accurate predictions even to this day. Return to the hotel. Overnight at Hotel

DAY 03 – JAIPUR – RANTHAMBORE (200 KMS)
After breakfast drive to Ranthambore- one of the finest tiger reserves park in the country. Also known as Sawai Madhopur, named after the town. It boasts of some Jain temples with gilded paintings. Apart from tiger you can see herds of Chital and Sam bar deer and soundeers of wild boar, Nilgai antelope and Chinkara gazelles, sloth beer, a few leopards and crocodiles. You can also enjoy viewing bird life in the likes of woodpeckers, flycatchers etc. Arrive Ranthambore and transfer to your hotel. Afternoon take a Game Drive [Not included in the quote] into the Park where your naturalist will talk to you about the wildlife found in this Park.

Ranthambhore National Park is probably the best place in the world to see wild tigers and is the only dry deciduous tiger habitat in the world. It covers 410 sq. km and runs from the easternmost spur of the Aravalli to the Vindhya Range. In game-drive your naturalist will help you explore the park in the search of The Royal Bengal Tiger.After Game Drive, return to the hotel. Overnight at Hotel
DAY 04 – RANTHAMBORE – AGRA (300 KMS)
Early morning you can once again take your chances of sighting

the Royal Bengal Tiger in the Game Park [Not included in the quote]. Return to the hotel for breakfast.

Later drive to Agra enroute visiting Fatehpur Sikri – the deserted red sandstone city which was built by the Great Mughal Emperor, Akbar, as his capital and palace in the late 16th century.

It is complete with palaces and mosques, an extraordinary place to wander around with its buildings in near perfect

condition. Proceed to Agra – The abode to one of the seven wonders – The Taj Mahal, a masterpiece of Mughal architecture at its best. Check in to your hotel. Overnight at Hotel

DAY 05 – AGRA – DELHI (203 KMS)
After breakfast proceed for half day city tour of Agra- the magnificent Taj Mahal by sunrise. (Closed on Fridays). Built by the Mughal Emperor Shah Jahan as an expression of his love for his wife Mumtaz Mahal, in mid-17th century, the Taj Mahal is truly one of the wonders of the world. Though the Taj appears to be amazingly perfect from almost any angle, it is the close-up marble inlay work, which is really astounding.

Soon after proceed to visit The Agra Fort, an outstanding example of Mughal architecture. Also visit It

mad ud Daula -This tomb built in 1622 for Ghiyas Beg, father of Empress Noor-Jahan, is beautifully conceived in white marble, mosaic and lattice. Drive to Delhi – The Capital City of India is a bustling metropolis. Arrive and transfer to your hotel. Overnight at Hotel
DAY 06 – DEPART DELHI
After breakfast proceed for tour of Old and New Delhi. Old Delhi, predominantly reflects the Mughal Era – visit the Jama Masjid –the principal mosque of Old Delhi in India.

Raj Ghat where Mahatma Gandhi was cremated and drive pass the Red Fort[ from outside] – the palace for Shahjahan. Wander in the busy streets of the mile long Chandni Chowk, popularly called “The Silver Street”. Enjoy the ‘Cycle Rickshaw’ ride in Old Delhi. Afternoon proceed for tour of New Delhi, which reflects the legacy the British left behind. It also marks the division in the life-styles from Old Delhi. The tour to Imperial Delhi will start by visit to the Qutab Minar, the tallest stone tower in India. The building is 72.5 m high and has 379 steps from the bottom to the top. The Minar is still not only the highest stone tower but also one of the finest Islamic structures ever raised in India.

Later visit Humayun’s Tomb, built by the widow of the second Mughal Emperor, Humayun, it is an outstanding monument in the Indo-Persian style, a precursor of the Taj Mahal. Drive past the imposing India Gate, the Parliament building and the Rashtrapati Bhawan, the President’s residence. And finally proceed to the Delhi airport for your next destination, as this journey with us comes to an end taking away beautiful memories with you 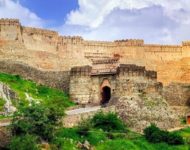 KEY NOTE: The above is… 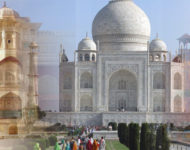 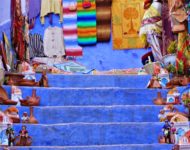